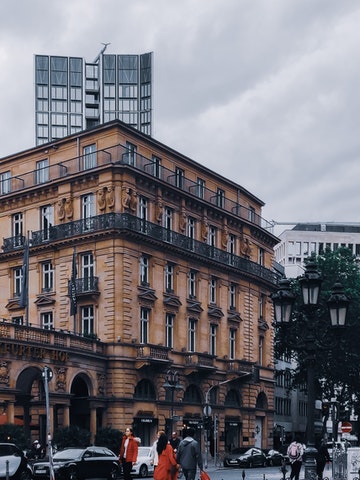 Munich, Germany’s most expensive city, is also one of its most charming. München is the unofficial European center of publishing and technology and home to the country’s 200-year-old bacchanalia, Oktoberfest. The city is surrounded by natural beauty, but its streets are also adorned with artificial marvels, such as designer boutiques and sparkling BMWs. Most tourists who plan a trip to Germany must include Munich among the cities to visit. Many people associate Munich with Oktoberfest, but there is much more to see and do in Bavaria’s capital. Apart from the city’s beautiful attractions and museums, it’s an excellent location for visiting southern Germany’s many Alpine lakes. If you want to visit Munich, visit voyage prive for the best travel services. If you wish to relax with a local beer or hear up-and-coming performers at a festival, Munich has something for everyone. Here are some of the reasons Munich is preferred for a vacation:

There are several museums in Munich to visit. Modern art galleries that house some of the most famous modern masterpieces to a museum dedicated to the humble potato may be found in this area. Highlights include the Glyptothek, which houses an extensive collection of ancient sculptures, and the State Collection of Egyptian Art, which spans more than 5,000 years. Check out the best travel insurance before planning a trip to Europe.

Beer gardens with the greatest atmosphere

Beer is a central part of Munich’s unique and unforgettable culture throughout the city’s numerous breweries and beer gardens. Even the world’s most extensive beer garden, Hirschgarten, can accommodate up to 8,000 patrons for a day of sipping a maß. You can either purchase typical pub fare or pack a picnic to enjoy in the self-service area, as is common practice at many beer gardens.

The urban meets the rural

Even though Munich is Germany’s third-largest city and home to more than 1.5 million people, it offers the best of city life and country living. The city’s many public parks contribute to its lush appearance. In addition to the famed 900-acre Englisch Garten, West Park contains a Thai temple and an outdoor cinema in the summer. West Park is also home to several hidden jewels.

Munich’s location in the heart of Bavaria makes it an ideal starting point for experiencing the region’s natural splendour. You have a wide variety of day trips to choose from if you decide to base yourself in the city. The typical Disney castle was inspired by Neuschwanstein Castle, which sits atop a mountain about an hour outside Munich. There are a plethora of lovely lakes within an easy S-Bahn ride of the city center if you’re not interested in channeling your inner princess.

Palaces in the heart of a city’s commercial district.

Munich is home to not one but two fairytale castles. The Residenz began as a little castle in 1385, but subsequent monarchs added to it, transforming it into a majestic palace with its accompanying garden. Now it’s an extensive museum and exhibition complex dedicated to the history of Bavaria and hosts a variety of classical music concerts and contests. Nymphenburg Palace is located in Munich’s western suburbs. Beautiful gardens and stately halls made it a favorite of the Bavarian kings, who had a number of their children or grandchildren born or died there.

Munich is an enthralling and gorgeous city with many activities and places to visit. This is a place with a lot of character, elegance, charm, and a full schedule. Visit the ancient Marienplatz, the stunning Olympia Park complex, the Allianz Football Stadium, or the arts at the Alte Pinakothek. Munich, which will also host the FIFA World Cup in 2006, will be busier than ever this year, creating a dynamic environment that must be experienced to be believed.

Enjoy a varied holiday in this city.

Munich is known for its culture, architecture, breweries, and festivals. Many events and festivals to attend in this area allow you to experience the local lifestyle and culture while having fun. Oktoberfest is a popular event in Munich that takes place in late September. Unlike any other, this is a beer festival, and anyone who appreciates beer will be delighted. The Opera Festival, Ballet Week, the Fasching, and other local events are placed throughout the year. With so many bars, restaurants, and theatres to choose from, you can enjoy Munich day or night.

Munich, Germany, is a fantastic trip for anyone seeking culture and fascinating architecture. Munich, the Bavarian capital, is close to many attractions, from museums and galleries to beautiful vistas like the Bavarian Alps. There are lots to see and do in and around the city, and getting about is hassle-free and straightforward. You can fly to Munich airport and then drive to your hotel or accommodation, depending on your origin. There are many hotels in Munich to choose from, including hotels near the airport, hotels in the city center, and many more in the surrounding suburbs.

Introducing My self. I am Widi. I Love to share all the things.
I Love to inspire as much as people I can through my Blogspot.
Last but not least, Thank you for visiting my Blog.